Montenegro has a centuries-long tradition of writing and printing books. They have been the ever-flickering flame of Montenegrin spirituality and a source of inspiration for the cultural endeavours.

Printing house Obod is organized as a joint stock company with headquarters in Cetinje, continuing the long-standing tradition of printing dating back to 1494 and the Crnojević dynasty, which established the first state-owned printing house in the world, and the oldest printing house in South-Eastern Europe. Its establishment coincided with discoveries of new worlds, the times when a sword was used to either conquer or lose a kingdom. The small Balkan country with a thousand-year long history defended its freedom with a sword in one hand and pen in the other, thus spreading literacy in a country where mountains meet the sea. The printing house was indeed the torch of Montenegro’s cultural and spiritual values.

Forty years after the German printer Johann Gutenberg printed the first book in the world in Mainz, a small country, Montenegro, on the Obod hill, near the Crnojevića River in Cetinje, produced its first book in the Slavic language on January 1st 1494 – Oktoih prvoglasnik (Octoechos of the First Tone). The book was sealed and printed using the printing press that Montenegrin ruler Ivan Crnojević brought to his homeland from Venice as a powerful tool for spreading spirituality and culture.

The Crnojević dynasty used the printing house as a carrier of Montenegro’s development, putting the country at the forefront of Europe’s most spiritual and culturally advanced countries.

After the first incunabula, Oktoih prvoglasnik, four other works were published at the printing house of the Crnojević dynasty: 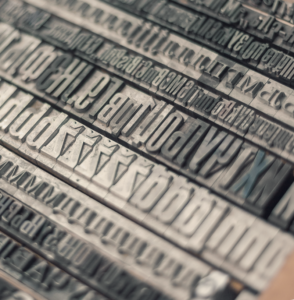 All the books were printed by Archimandrite Makarije, a remarkable man who was not only a skilled and gifted printer, but a talented and ingenious thinker and theologian as well, leaving behind a deep trace in the Montenegrin culture.

In the wake of the Ottoman Empire invasion, Montenegrin ruler Đurađ Crnojević had to leave the country, which suspended the printing in Montenegro. However, the Montenegrin tradition of printing was pursued by Montenegrins living in other regions.

Venice thus became the printing hub, gathering printers from our region, including the famous printer and the Duke Božidar Vuković of Podgorica, who established a printing house in 1519. Božidar’s son Vincenzo continued the tradition of the Cyrillic printing in Venice in mid-sixteenth century.

Printing activity in Montenegro, in the real sense of the word, continued when Bishop Petar II Petrović Njegoš bought a printing press in St. Petersburg, which arrived to Montenegro in early 1834, thus restoring Cetinje’s printing tradition after 340 years. Printing house established by Njegoš played a significant role in the cultural life during the rise of Enlightenment ideas in Montenegro. This printing house was the successor to its famous forerunner from the late XV century.

Merely twenty years after its re-establishment, the printing house was sacrificed for the freedom of Montenegro. When the Omer Pasha Latas’s army attacked Montenegro in 1852, the country’s ruler Prince Danilo Petrović, in the absence of ammunition, ordered that the letters of the Njegoš printing house be melted and made into bullets. He proclaimed: “For as long as there’s Montenegro, there will be printing.“ He held his word, renewed and technically upgraded the printing house from 1858 to 1860.

From then until the present day, the printing house Obod has been running continuously. Today, it is a stable, technically well-equipped company with well-trained personnel, due to which Obod has risen as one of the best printing houses in the region.

Printing house Obod has a leading position in printing in Montenegro and in our region. Its wide range of services offers all aspects of offset printing. In terms of quality, modern design and all other inventive solutions, Obod offers its customers the high-end services for the most demanding forms of printing, high-quality monographs, magazines and other types of books. Following the latest trends in the field of printing industry, the printing house Obod ensures to continue to be at the forefront of printing in the region.